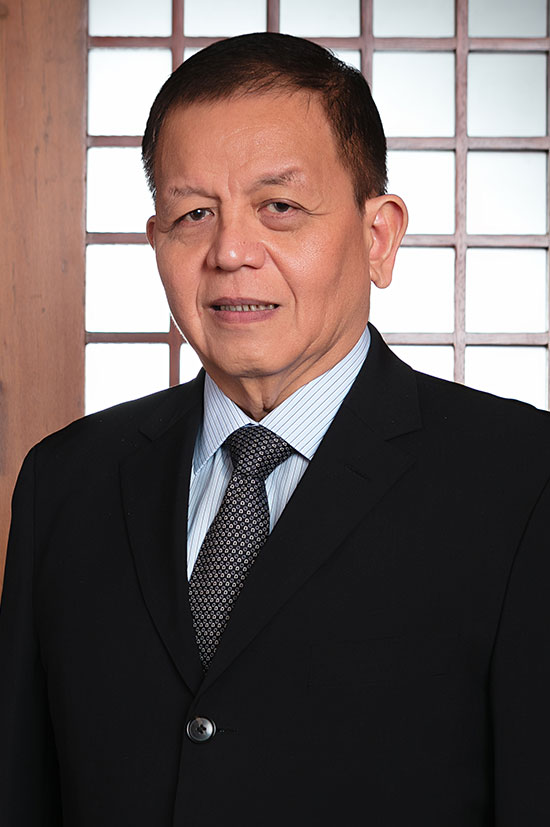 From 2010 to 2013, he served as Consultant to the House of Representatives, the National Irrigation Administration and the Department of Public Works and Highways.

Atty. Gabionza was formerly the Corporate Secretary/Rehabilitation Counsel of Victorias Milling Company, Inc. from 2009 to 2013.

He was a member of the Board of Trustees of the Metropolitan Waterworks and Sewerage System from 2009 to 2011. He served as the Rehabilitation Receiver of the Steel Corporation of the Philippines from 2006 to 2010 and was OIC-President/Director of the Maynilad Water Services in 2006.

Atty. Gabionza is a lifetime Member of the INTEGRATED BAR OF THE PHILIPPINES and was President of Integrated Bar of the Philippines-Makati Chapter from 1999 to 2005.

In 2012, he was the Centennial Grand Master of the GRAND LODGE OF FREE AND ACCEPTED MASONS OF THE PHILIPPINES. He received the following awards: “Most Outstanding Mason in the Field of Corporate Law” on 10 April 2008, “Grandmaster’s Centennial Award” on 22 April 1999, and “Grand Master’s Award of Merit” on 28 April 1994.

He was a Resource Person of the Securities and Exchange Commission and delivered a lecture entitled “Securities Regulated Cases and the Application of Civil Law Remedies” on February 2012.

He was recognized as one of the “ASIALAW Leading Lawyers 2008” in Restructuring; Insolvency & Bankruptcy published by Euromoney Institutional Investor, Hongkong.

Prior to joining the Firm, he was a Senior Associate in Balgos & Perez Law Offices from 1982 to 1990, was a Consultant of the Ministry of Human Settlements in 1983, and Tax Consultant of the Office of the Mayor, Bato, Catanduanes in 1980.

He was a Professional Lecturer/Reviewer on Business Law of the Philippine School of Business Administration in 1982 and College Instructor of The Catanduanes College in 1977.

He is also a member of Club Filipino, Quezon City Sports Club, Mimosa Golf and Country Club, Tagaytay Highlands Country, The Tower Club, The Celebrity Club and the Fraternal Order of Utopia.