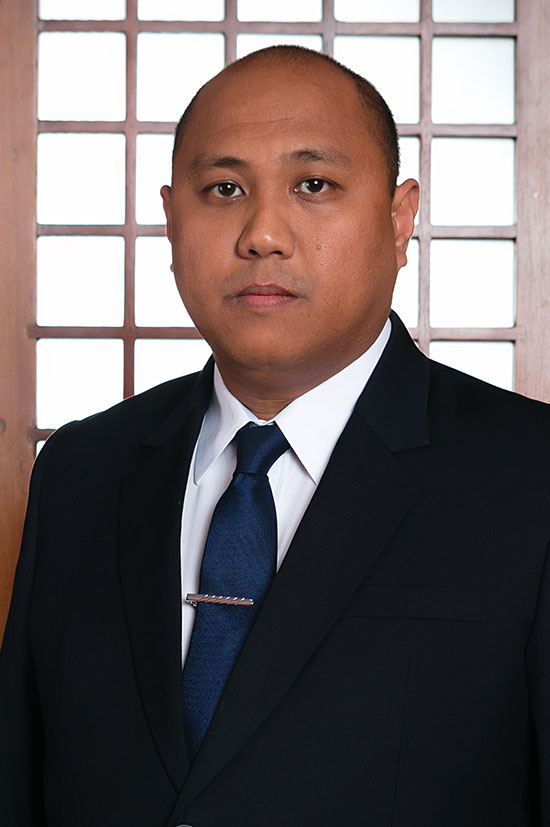 He is a Member of the Integrated Bar of the Philippines – Makati Chapter and currently serves as its Secretary and as Co-Chairman of the Legal Aid Committee. He had previously served as a Director of the Chapter for 2013 to 2015.

He obtained his Bachelor of Arts (B.A.) Degree Major in Political Science from the UNIVERSITY OF THE PHILIPPINES – DILIMAN in 1999, and his Juris Doctor (J.D.) Degree from the ATENEO DE MANILA UNIVERSITY SCHOOL OF LAW in 2003. He sat for the Philippine Bar Examinations in October 2003 and was admitted to the Bar in 2004.