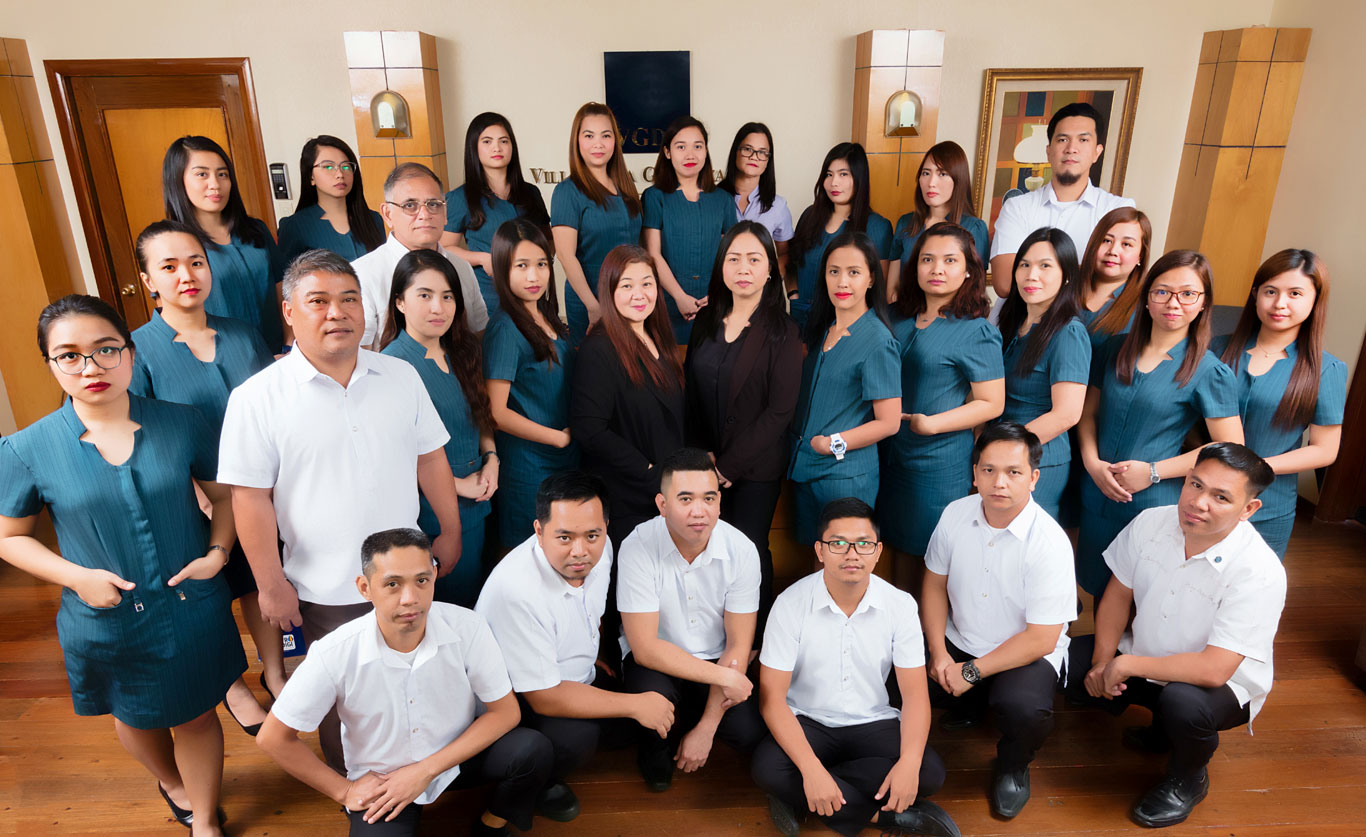 The Firm began as the vision of young lawyers to found a new firm that would embody the ideas of what each felt would be an institution which would at its pinnacle:

The institution is to be an embodiment of an excellent law firm, legal research center, and management and investment company, fitted together in inter-related organizations. Indeed it became an early policy for members to consider themselves not only as lawyers, but also as scholars and businessmen.

On 1 July 1990, the vision became a reality when the partnership became a juridical reality. It began with three lawyers, two secretaries and a messenger. The office had more rooms and cubicles than people to use them; it was built for future growth. It was at the 7th Floor, a good number. The budget was small, and often the receipts were just enough to meet the overhead. What little amount was made was quickly flowed back into computers, fax and copying machines. The library needed to continuously be furnished with more reference books and publications of Supreme Court decisions.

Eventually, the marketing efforts began to pay off. Word began to spread that the firm is the law firm of the future. After a year’s period, the firm has managed to surpass the projections laid down in the beginning. Retainer-based clients have more than doubled, and legal business had tripled. The ratio of computers to lawyers began and has remained at one-to-one. The library has become a fairly decent collection of law books. The original office had become cramp with the joining of more members. An additional office had to be opened at the 9th Floor, another good number. The Firm had grown to nine lawyers, a bookkeeper, four secretaries, a docket clerk, and three paralegals. In addition, an incorporated business venture was attached to the Firm.

The vision has began to take form in the real world. And yet, it is only the beginning and the much harder work still lay ahead. The Firm had began the crucial steps of an arduous but exhilarating journey ahead. And though the members forge ahead to a common destination, each member would have individual preferences on how to reach the goals. As the team eagerly and yet patiently plods ahead, they shall constantly be reminded that it is the journey itself, and the manner of how each choose to take it, which are the essential things, the achievement of the set goals are merely sterling guideposts. It is what each of the members makes of himself or herself as we go through each day of the chosen route that is the true miracle of life.