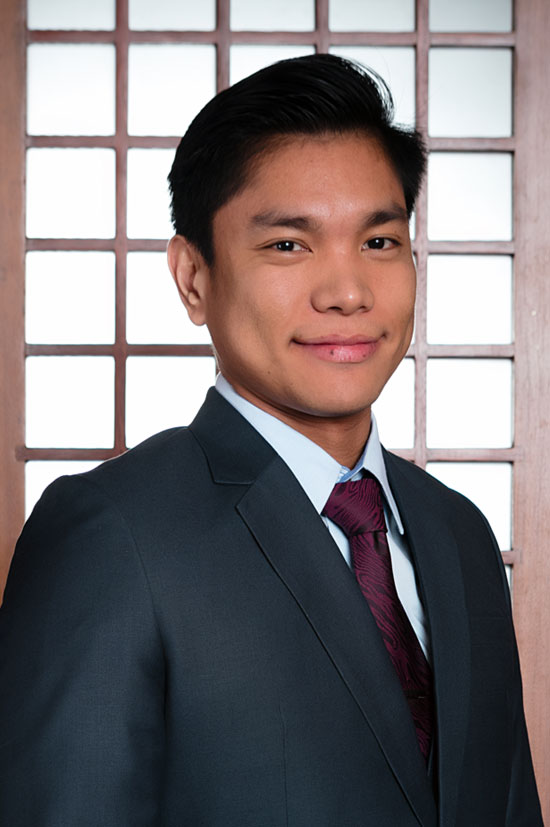 ATTY. JUSTIN JAMES D. FRANCISCO joined the Law Firm of VILLANUEVA GABIONZA & DY on 18 March 2014 as a Legal Assistant before being promoted to Assistant Attorney on 19 March 2014.

He is a Member of the Integrated Bar of the Philippines Makati Chapter.

He was also a Member of the Ateneo Debate Society in 2005.

While obtaining his J.D., Atty. Francisco served as a Legal Intern in the Sycip Salazar Hernandez & Gatmaitan (April 2011) and Quasha Ancheta Pena & Nolasco Law Offices (May 2011).