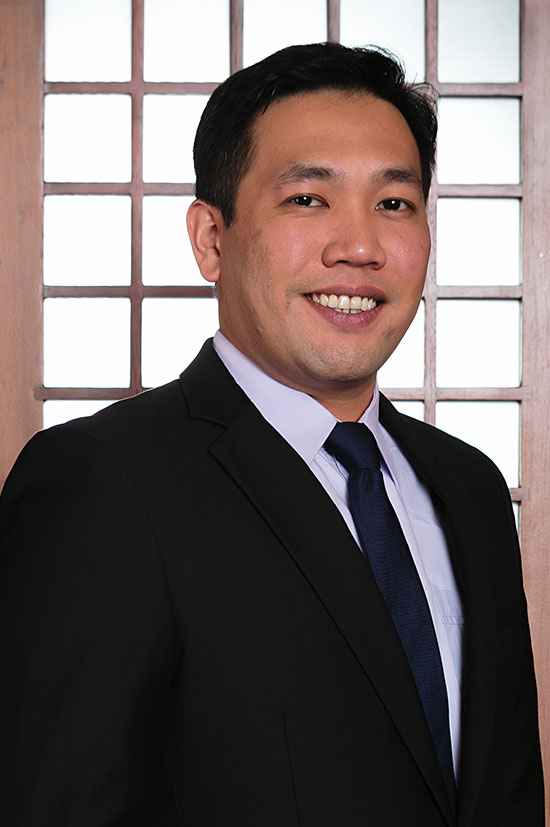 ATTY. EMIL M. OCFEMIA rejoined the Law Firm of Villanueva Gabionza & Dy on 01 March 2012 after serving as Director III of the Investigation Security and Law Enforcement Staff of the Department of Transportation & Communications (DOTC) from September 2010 to 31 January 2012.

During his time at the DOTC, he likewise held the positions of:

Acting Assistant Corporate Secretary of the Civil Aviation Authority of the Philippines (CAAP) from October 2010 to 31 January 2012.

Head Executive Assistant of the Land Transportation Authority from May 2011 to June 2011.

Member, Multi-Agency Task Force on the Observance of Araw ng Kagitingan for the years 2011 and 2012.

After re-joining the Firm, he also served as a Consultant to the CAAP where he assisted the Director General with investigating and dealing with violations of Philippine Civil Aviation Regulations.

He is a Member of the Integrated Bar of the Philippines Makati Chapter.

Prior to joining the Firm in 2008, he was a Junior Associate at Cayañga Zuñiga & Angel Law Offices from February 2008 to July 2008.

He obtained his Bachelor of Arts (B.A.) Degree Major in Political Science from the University of the Philippines Diliman in 2002, and his Juris Doctor (J.D.) Degree from the Ateneo De Manila University School of Law in 2007. He sat for the Philippine Bar Examinations in September 2007 and was admitted to the bar on May 2008.

While obtaining his J.D., Atty. Ocfemia served as a Legal Assistant to the De Vera Law Office from April 2006 until December 2006.