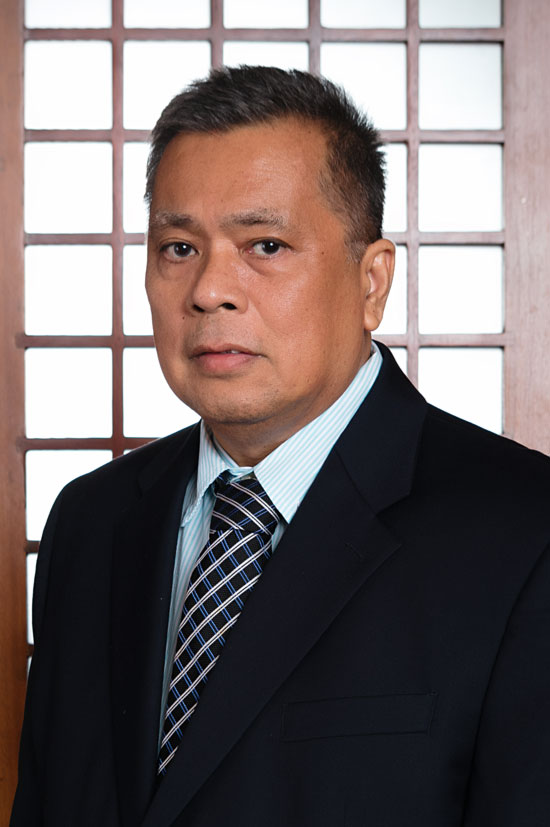 ATTY. ANTONIO M. PAGSIBIGAN is a Special Attorney of the Law Firm VILLANUEVA GABIONZA AND DY.

Atty. Pagsibigan went into public law practice as an Associate of the firm Fornier Lava Fornier (1991-1993), and subsequently set-up his own law practice under the firm name of Antonio M. Pagsibigan Law Office (1994 to 2000), where his legal practice concentrated in the areas of Litigation, Family Law, and Real Estate. He is also well-versed in Election Laws, and was the Election Lawyer for UNIDO (1986), Senator Butch Aquino, and Councilor Arnel Moti Arceo of Pasay City, Mayor Rico Echiverri of Kalookan City, and Governor Lee Verceles of Masbate.

He was a Consultant of the Presidential Task Force 156 from 2001 to 2004, and subsequently served as General and Corporate Counsel of Sanvil, Inc. from 2005-2009, until he joined the Law Firm Villanueva Gabionza and De Santos.

He is a member of the Brotherhood of Christian Businessmen and Professionals, Makati City, the Rotary Club of Pasong Tamo, Makati City, and the Philippine Columbian Association, where he was the Director / Corporate Secretary from 2007 to 2009.

Atty. Pagsibigan obtained in 1977 his degree of Bachelor of Arts, Major in Philosophy from the San Carlos Major Seminary, Makati City, where he has been a Professor of Constitution since 1992.

He received his post-graduate degree of Bachelor of Laws (LL.B) from the ATENEO DE MANILA LAW SCHOOL in 1981, and successful passed the Bar Examinations given that year.